Gary, Robert, RW, Kim and I headed out to the GREAT State Fair of Texas yesterday. We were a motley crew. I have lung cancer, Kim has back problems, Robert is just not all that healthy … but we went anyway. And, we had great fun!

Kim had never been to the GREAT State Fair of Texas before and Gary hadn’t been in 40 years or so. Robert, RW and I went last year. Robert and I went more than once. I love to go to the Fair. I call this post “Take 1” because I am hoping that I get to go at least once more before it closes in mid-October.

We had lots of fun, lots of laughter. My favorite kind of day.

Here’s a little history about the Texas State Fair:

While it is late September, the weather is not cooperating. It still feels like summertime in Texas. I wonder if we are ever going to get some cool weather? And maybe some rain? Usually, the Fair brings rain. It has been going on a week now and hasn’t brought a drop. Which is great for the Fair operators and goers, but terrible for our lakes and yards and water table.

We rarely … and I do mean rarely … walk through the Midway. We are way too cheap to play the games or ride the rides, so why bother? For some reason, we chose to go through there yesterday. It made for some good photo opportunities. Gary played one game. Otherwise, we saved our money! 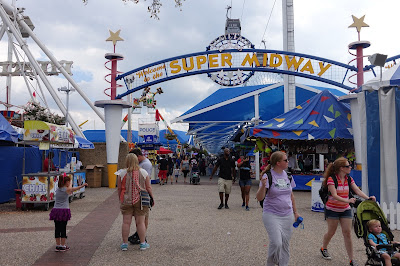 If the Fair is good for anything, it is people watching. I love to people watch!!! And take pictures of people! No doubt, I am the subject of someone else’s people watching fun! And, that’s okay. Here are a few of my people-watching pictures… They’re just for fun.

Don’t ask me why, because I have no answer, but we always spend some time looking at the tractors. And daydreaming about needing one. This year was no exception. 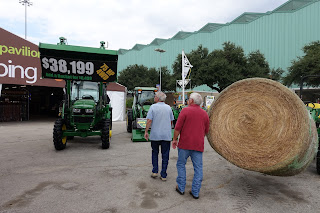 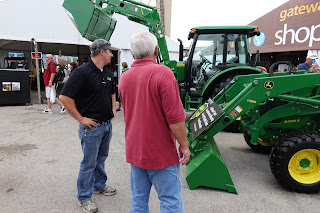 Home on the Farm

There are lots of different animals shown at the Great State Fair of Texas. We enjoy looking at them, especially RW and I. There are very few animals that I have ever met that I don’t like … We didn’t visit too many yesterday. Robert was starting to get tired and impatient to go.

Most years when we go to the Fair, we buy a bunch of stuff that we never, ever considered needing or even wanting. Until we see it at the Fair. We have a very nice bed, ironing board, and more … all courtesy of various State Fairs of Texas.

This year, we agreed before we ever went through the gates that we neither need nor can afford anything. So, let’s not even pause at the massage chairs, hot tubs, or fancy $25,000 sewing machines we don’t know how to use. We do not need them. We cannot afford them. Pass on by!!! 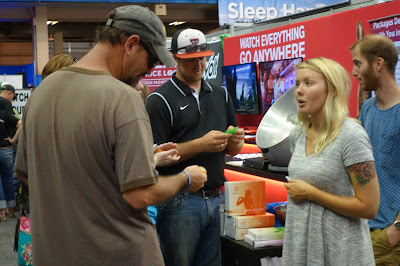 Robert was ready to leave until we reminded him that we hadn’t seen the vehicles yet. That’s always a favorite place for us. If we daydream about tractors, you can imagine how we enjoy looking at the cars and trucks! Whether we need a new vehicle or not. 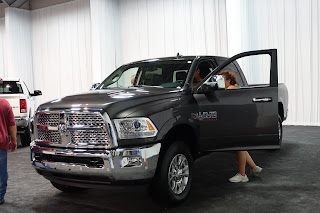 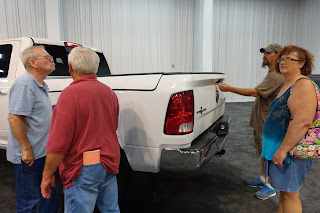 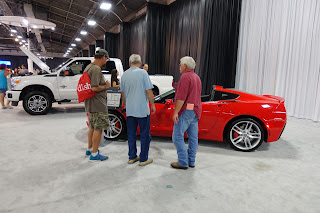 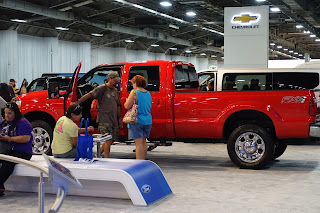 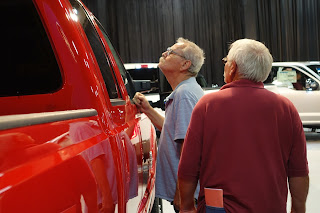 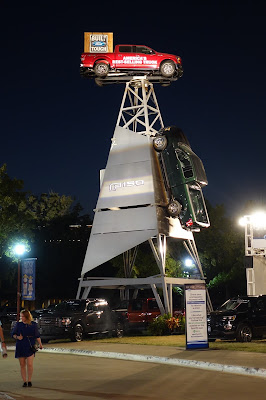 The fairgrounds are home to a memorial for fallen Texans during the Vietnam War. The memorial is usually a solemn place where there is time to reflect on the sacrifices made by thousands of young Texans.

At the Fair this year, the grounds directly across from the memorial were used for games and hawking. My son, in particular, had a problem with the location. There were people near the memorial, but they were mostly using it as a place to sit. No thought was being given to the men memorialized.

What do you think? 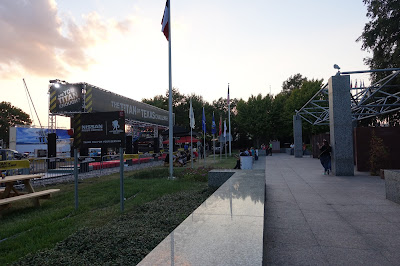 Beauty at the Fair

Some of these landmarks and displays don’t really fit in any of my categories, but they caught my eye. I want to share them here because I may never look at the 900 pictures in my Picasa folder again. Yep, 900-plus!! You only THOUGHT I had posted a bunch of pictures here. I have really had to pick and choose to decide what to share here.

And, yes! In case you are wondering, I DID still have time to enjoy the fair!!! 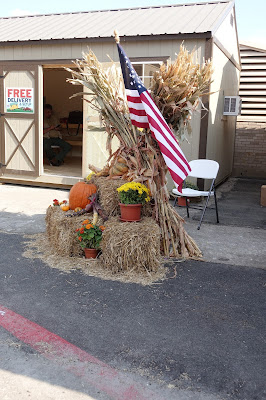 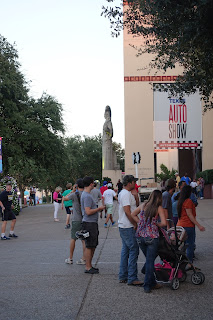 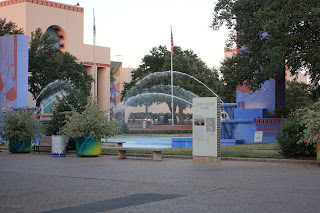 Every night, the Fair closes with a fireworks show. We were not near where the fireworks were shot nor did I have my camera set up properly. But, here are a few of the pictures I took. 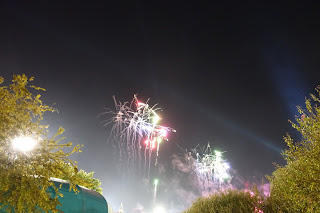 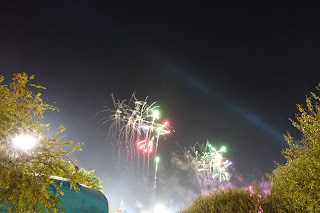 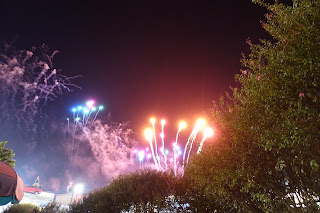 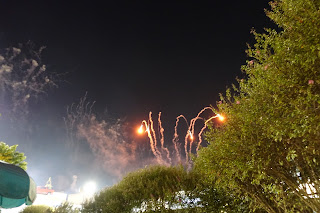 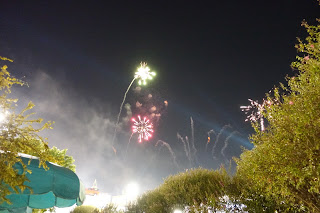 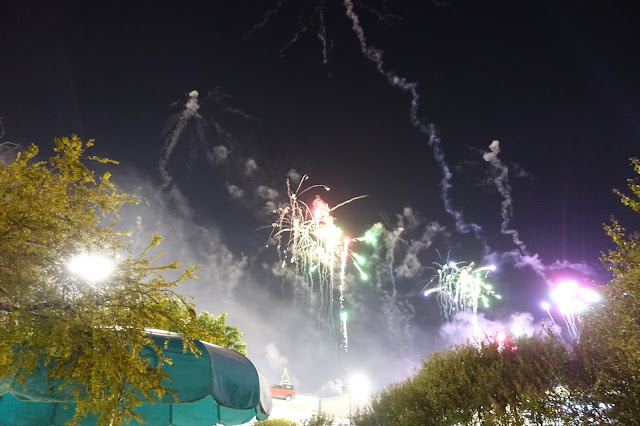 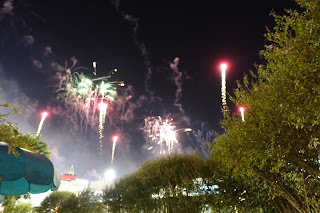 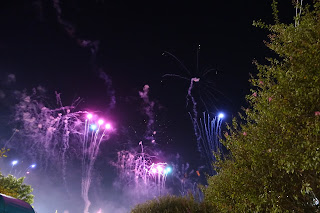 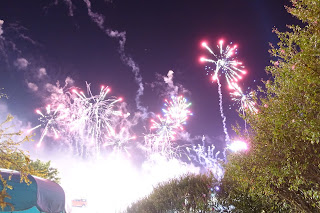 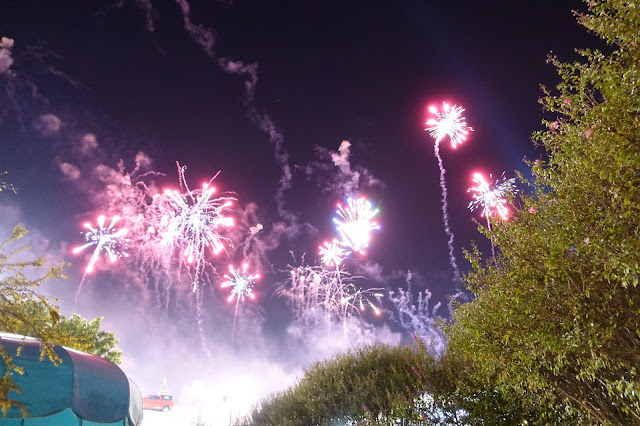 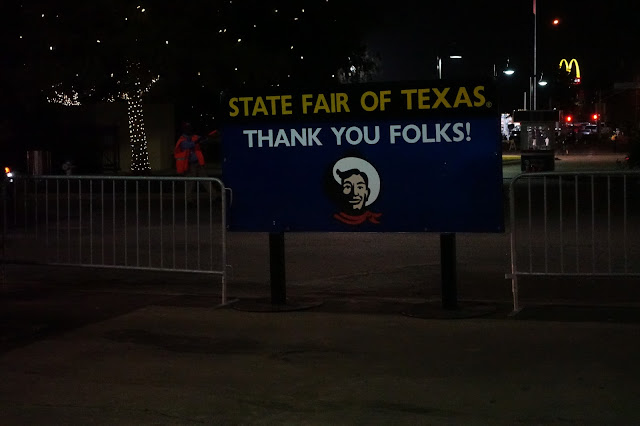