I had chemo yesterday. Today I cleaned house … or started. It has really gotten terrible in the year since I was diagnosed with Stage 4 lung cancer. Even on weekends when I felt like cleaning, I was too busy. Getting that unreal news changed my way of doing things. I fill every spare moment with activity – fun activity!! Cleaning house does not qualify! 🙂 I believe I had just had my second chemo treatment when this picture was taken. I was very, very sick. So sick that I sometimes wondered if “the cure” was worth it. It was because I would feel just awful for several days and then I would have two weeks or so where I felt pretty darn good (not overly energetic, but certainly good enough to be glad I was alive!).

While I was pushing the steam cleaner today for the first time since I learned I had cancer, I marveled at what a difference a year can make. Now, I have rarely let this disease really get the best of me, but how I feel today compared to how I felt when the picture above was taken has no similarity! Thank you, Jesus, for that!! Literally.

The following picture was taken of my little Barney dog and me at the Run as One agility trial last weekend. I had already participated in several runs (Cotton went with us on Sunday and she participated in two events; Barney in three … all five runs took place within a 4-hour time span) when it was taken. 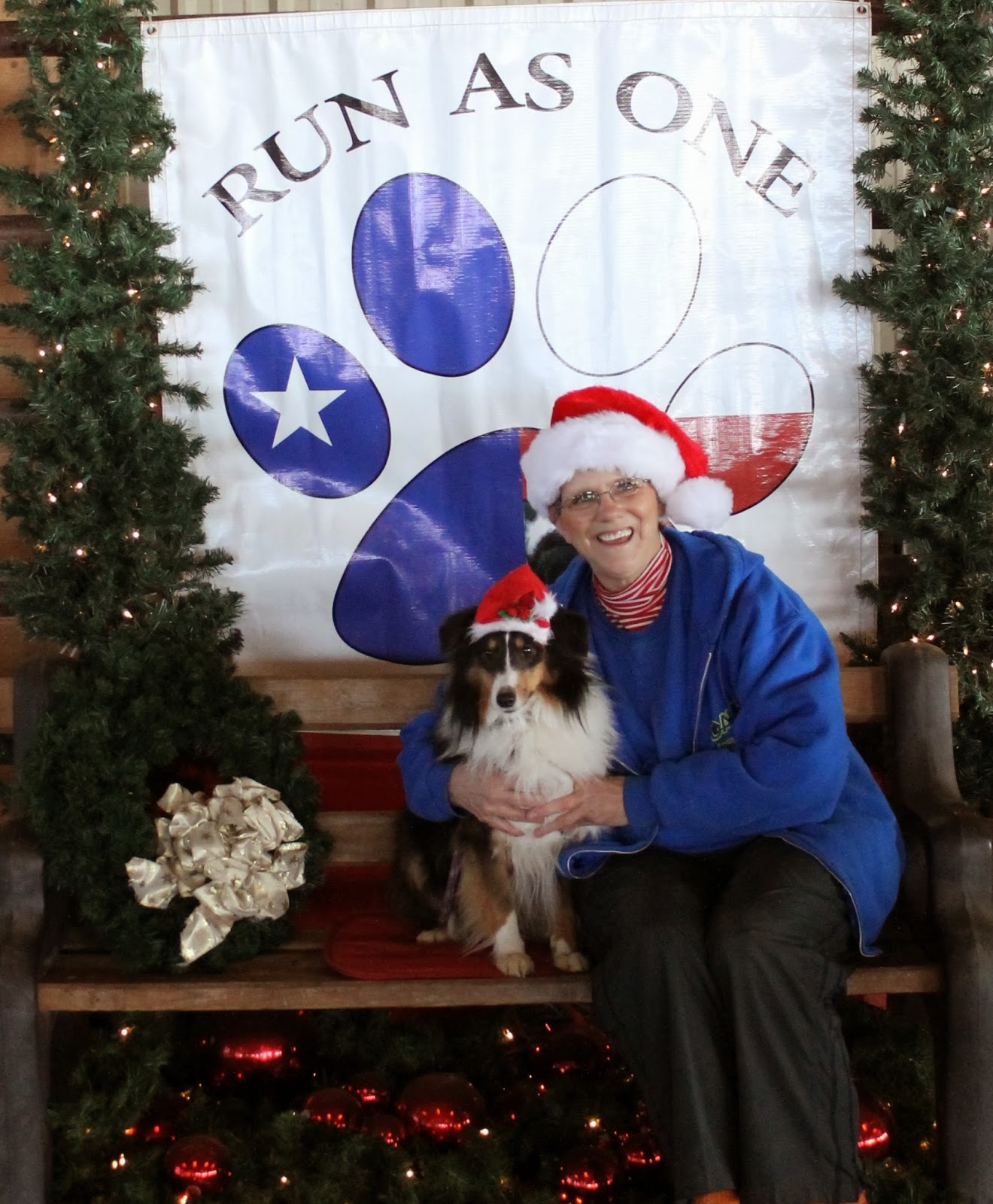 A lot of people have no clue what I’m referencing when I talk about agility. The YouTube videos here were taken several months ago. I don’t have any videos from the last few trials. Nevertheless, these let you see what agility even is … and perhaps give you a new appreciation for the fact that I ran six runs on Saturday with Barney (and worked the ring throughout the day as well) and came back on Sunday for the five additional runs.

Anyway, if you had told me in January when that first photograph above was taken that I would be running in agility trials a year later, I would have humored you and said I hoped so, but I truly wouldn’t have actually believed it. I watched my dad die of lung cancer in only 6 months after diagnosis … a common fate for those with late-stage lung cancer. Why should mine be different?

I surely do not have the answer to WHY my fate has been different, but I praise God that it has been. It isn’t that I am afraid to die – I am not – and I sometimes even wonder why I don’t wish to rush it – Heaven is … well … Heaven!!! It is going to be so much better than life on earth. Nevertheless, I’m human and there’s lots of stuff I still want to do so I want the time for me to leave here and go on to my next life to wait awhile!

God is good. All the time! That is all.